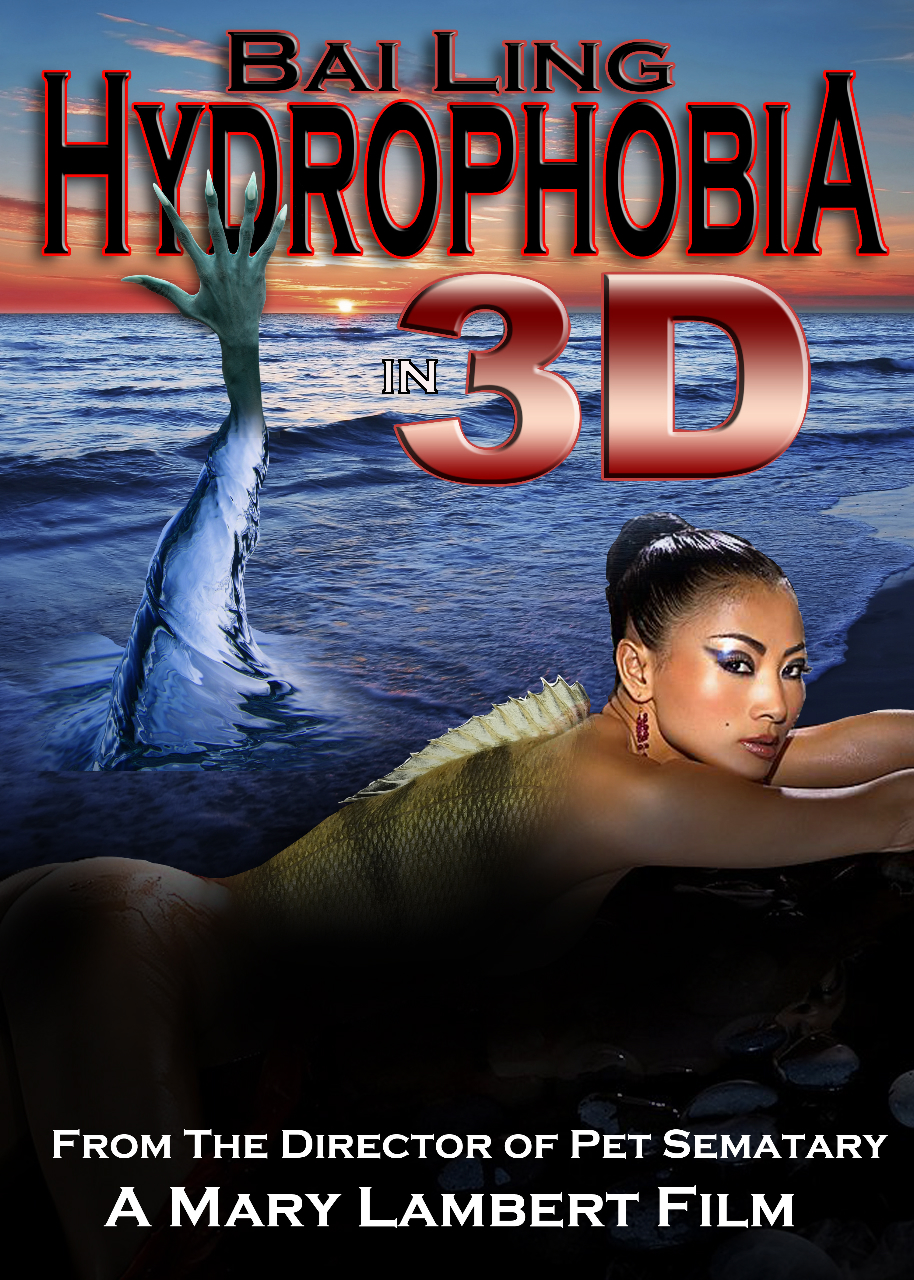 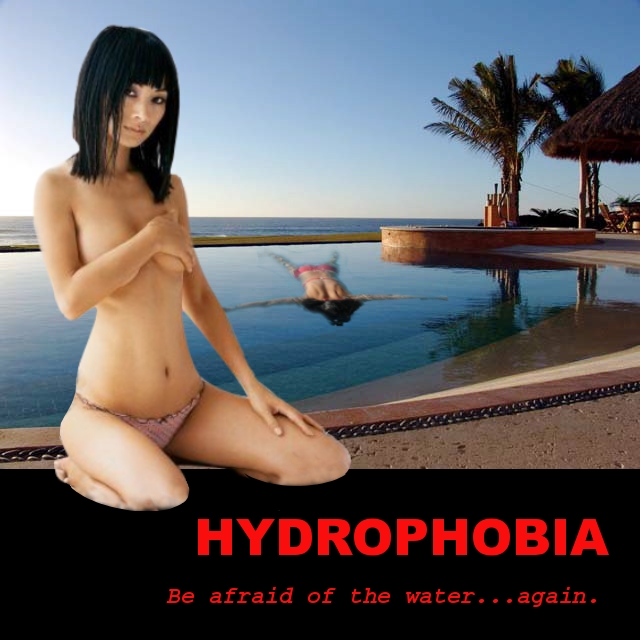 NICK BIGMAN has a problem. He comes from a long line of surfers; his father was an amateur surfer, his grandfather ROD BIGMAN a surf champion who appeared in 1960’s beach movies like Beach Bongo. Unfortunately, Nick suffers from Hydrophobia, an anxiety disorder that plagues many Americans who suffer from this extreme fear of the water. Nick can’t go near any body of water without breaking into a sweat. If he’s tossed in the ocean or a pool by a bunch of pranksters, he immediately goes into a panic attack. Those who suffer from Hydrophobia have been known to drown in a shallow body of water they could have easily stood up and walked away from, the anxiety’s that intense.

“Hydrophobia” revolves around the ghost of 60’s beach movie starlet, KAREN SLATER. When Karen’s controlling Hollywood agent, DON BULASKY finds out about her lover affair with her BEACH BONGO co-star, ROD BIGMAN, (Nick’s grandfather) her agent drowns her in a jealous rage. Overcome with grief DON seeks out the help of a local Jamaican witch doctor to bring his favorite beach movie starlet back to life.

There’s only one problem. While what comes back resembles the beautiful Karen Slater, in voodoo mythology if a person dies a violent death their soul returns evil incarnate. In Karen’s case, she’s become a flesh eating astral zombie residing in the pool of her old abandoned Malibu Beach house. Every spring Karen needs to feed on twelve poor souls so she can exist on this earthly plain for another year. And because she’s an astral zombie Karen can materialize anywhere in the house or pool area where there’s water!

With the help of her keeper, Hollywood agent Don Bulasky, Karen lures a pair of college kids, who of course decide to throw a huge Spring break pool party at her Malibu beach house! Being Spring, it’s feeding time again! To complicate matters, the protagonist, Nick, has a fear of the water, so if he notices strange occurrences or claims to see weird stuff going on during the mayhem of the pool party, no one’s going to believe him.

We envision the creature like the first Species, a sexy femme fatale who lures both men and women into the pool, appearing as a sexy vixen at first who then morphs into an Alien like creature with razor sharp piranha teeth capable of opening her mouth as wide as a python to bite a man’s head off!

As the partygoers are knocked off one by one, Nick and his fun loving dorm buddy DARYL don’t realize what’s going on – they’re too preoccupied with getting laid! But when the girls (ALEX & CINDY) that Nick & Daryl have their eyes on fall prey to Karen as they wade in the pool, Nick is forced to confront both his Hydrophobia and this flesh eating creature who was once Karen Slater, the sexy 60’s beach movie starlet Nick’s idolized for years. As Nick’s friends are about to find out in Hydrophobia, it’s time to be afraid of the water… again! 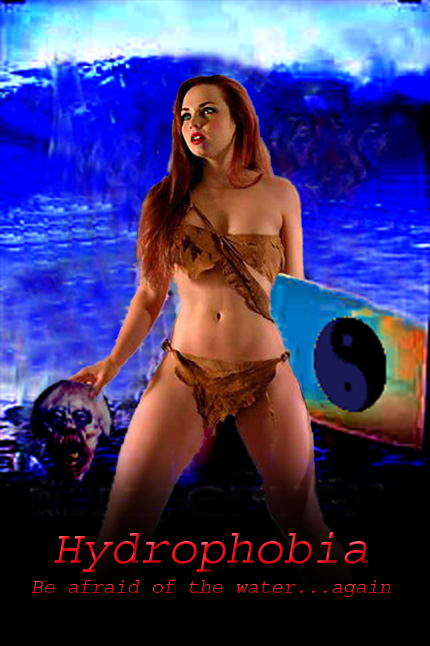 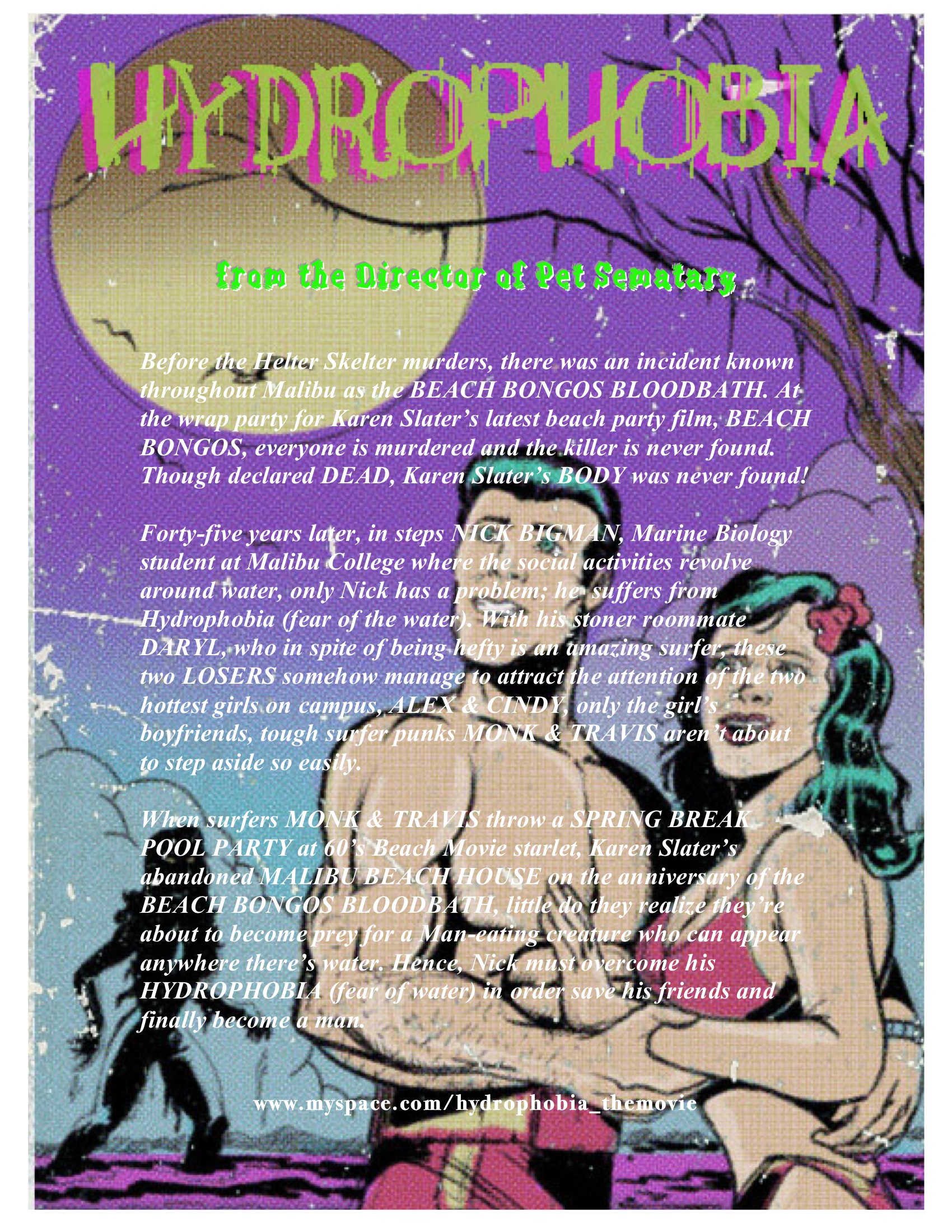