Are High Maintenance Women Worth It?


So she looks great, but there are some disadvantages to dating a diva. Is she worth it? 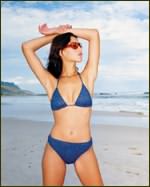 High maintenance women are like high maintenance sports cars. They're lots of fun when you're out on the town together, but for every hour of showing off, there are another 10 spent on upkeep and repair behind the scenes. After hours of polishing the headlights in your garage, you might ask yourself -- is this really worth it, just for a couple of rides? Probably not, but that doesn't mean that you shouldn't consider dating high maintenance women. Read on to learn how to identify these demanding gals, and the positives and negatives that go along with them.

Broadly defined, high maintenance women are those who need many things (money, material goods, affection) to be happy. These women love dressing up whenever possible, and are obsessed with all aspects of their personal appearance and grooming in general. This almost obsessive attention to detail usually extends beyond their person, to their homes or apartments, their pets, and yes, even their men. In addition, they tend to be perfectionists, overachievers, self-centered, and a bit vain.

Need a quick litmus test to determine whether she's high maintenance or not?

Ask yourself the following questions: Do you let her pick out her own gifts on her birthday and at Christmas because she's so picky that you don't want to bother giving her something she'll only return anyway? Does she often send back food in restaurants if it's not exactly to her liking? Does she put make-up on whenever she goes out, even if it's just to the grocery store?

If the answer to any or all of these questions is yes, then you are definitely dating a high maintenance woman. Fortunately, there are some upsides to this situation.

Pro: She looks like a million bucks
High maintenance gals are arm candy, pure and simple. Their fascination with their own looks means that whenever they step out of the house, they look perfect. And guess what? When you're with someone who looks good, you look good too. It's not just self-aggrandizement either; there's no shame in feeling proud of being with the foxiest woman in the room at a party. She puts great effort into looking great, so when it pays off, more power to her! And you.

Con: She knows she looks like a million bucks
The worst pitfall to dating this type of woman is without a doubt dealing with her vanity. She's never met a mirror she didn't like, and even if her looks aren't her absolute highest priority, they're still near the top of the list. Constantly discussing the minutiae of her appearance ("Yeah, the red skirt is cuter... Can we go now?") is just plain tedious.

And other negative traits accompany vanity, such as being a spendthrift; she may blow huge wads on things like manicures, self-tanning, and keeping up with each and every trend. She may also take herself too seriously and not be able to withstand even the gentlest teasing about her personal appearance or quirks. Who wants a woman with no sense of humor about herself?

When advice becomes nagging, a challenge becomes a chore, and your cutie becomes a princess, should you cut her loose?

Pro: She's a source of free style advice
This type of woman likes to be with a man who can match her when it comes to looks and status. She never dates "down," if you will. She will encourage you, or even buy things on her own initiative, that she thinks will better your appearance. She will give you constant advice on grooming, whether it's about haircuts, which styles suit you, or what the heck you should do with that facial hair. Left to their own devices, some men end up looking like slobs or get stuck in a style rut and never leave it. However, if you're dating a high maintenance woman, she'll make it her mission to make you as stylin' as she is.

Con: Free style advice = nagging
Occasional well-intentioned advice can be helpful. Constant nagging about perceived flaws in one's appearance, on the other hand, is extremely irritating. The downside of dating a fashion maven is dealing with their critical nature. Maybe you like those old jeans you've had since college, even if they are getting a little ratty. Why should you stop wearing them just because she turns her nose up every time she sees you in them?

Pro: She's a challenge
For men who like to be challenged on a daily basis, the high maintenance girl is the perfect choice. She likes attention, compliments and fancy dinners, and she demands the best of all these things. She will keep you on your toes, refusing any response from you other than absolute respect.

Honesty tends to go part and parcel with this woman. She's usually a straight shooter who's eager to let you know when she's not pleased, which can be very refreshing for a change. You will always know where you stand with her because she makes her needs clear.

Con: She can't be satisfied
On the flip side, the high maintenance woman is like a ravenous beast, always wanting more of everything. She will find faults in all your best efforts, and honestly, some women just aren't worth the bother.

Pro: She's sugar and spice and everything nice
High maintenance often translates into a pleasant femininity in straight women. They're not rough-and-ready, they can be a little dependent, but they're also appreciative when you do nice things for them. Men who like "girly girls" tend to go for this type. At first, it's cute if she relies on you to squash a spider for her or open a jar of pickles. Many men enjoy playing the part of caretaker, which is the role they are usually directed into when in the company of this type of woman. If you like feeling needed and useful, this is the perfect woman for you.

Con: She has Princess Syndrome
Just like all the other cons, this one is simply the previous positive point taken to an unhealthy extreme. ber-effeminate women are often victims of what can be called "Princess Syndrome," or excessively precious behavior stemming from the belief that they are somehow above certain tasks. Some high maintenance women may just flatly refuse to shoulder their share of the load. For example, I know one woman who always makes her husband do all the yard work and mowing because she is too "delicate" for it. Typically, they hate camping, hiking, loud parties, and more. In other words, if you're looking for an equal partnership, do not date these women.

if you can take the heat

For a certain type of man, high maintenance women are well worth the time and effort of wooing and winning. If reading the above caused a tingle in your spine -- of fear, that is, not desire -- then you're not one of them. Cut and run because, at the end of the day, if the woman in your life is more of a bummer than a booster, she's just not worth it. No matter how fine she looks in her Manolo Blahniks.